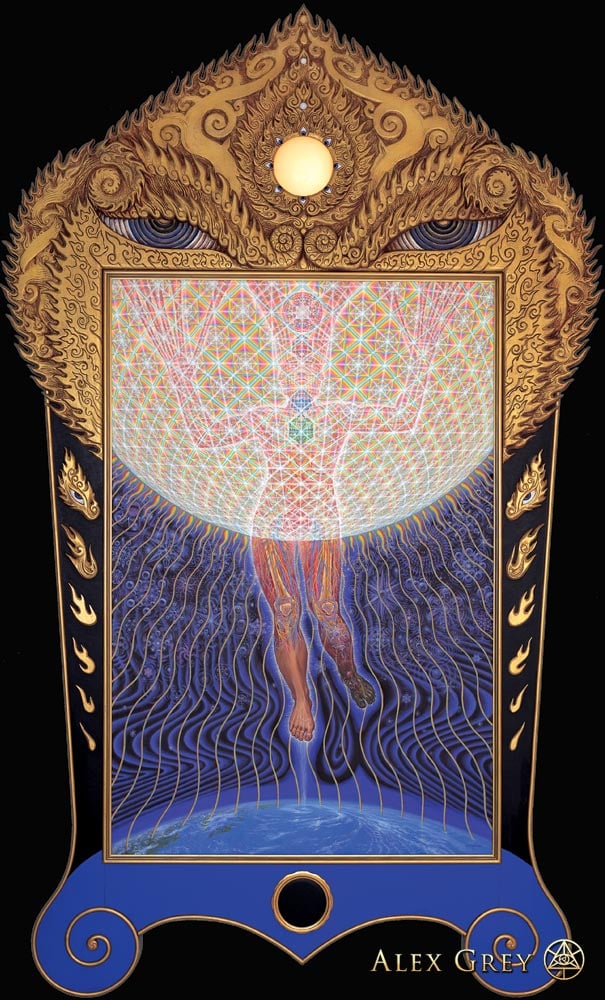 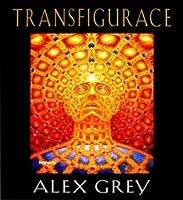 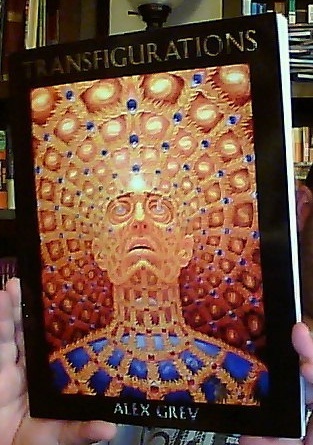 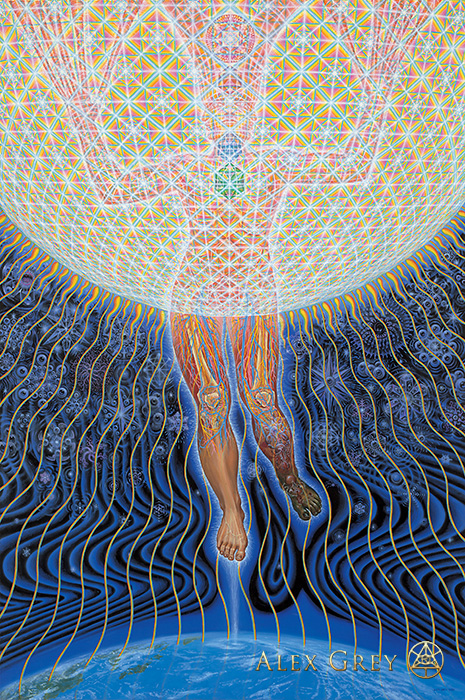 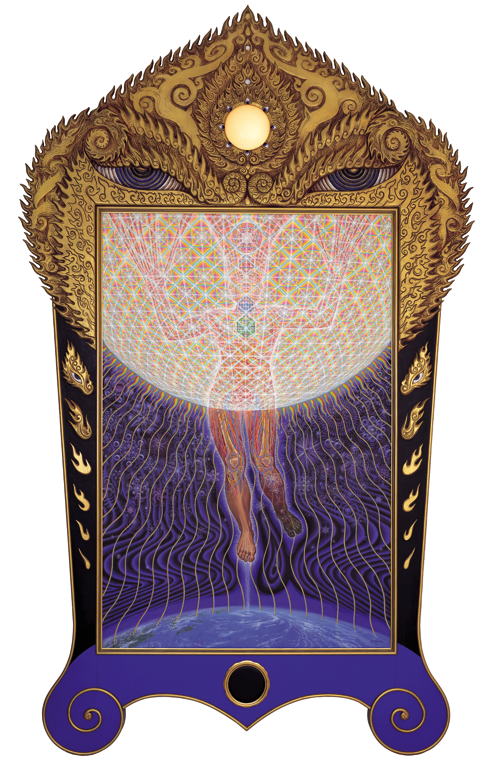 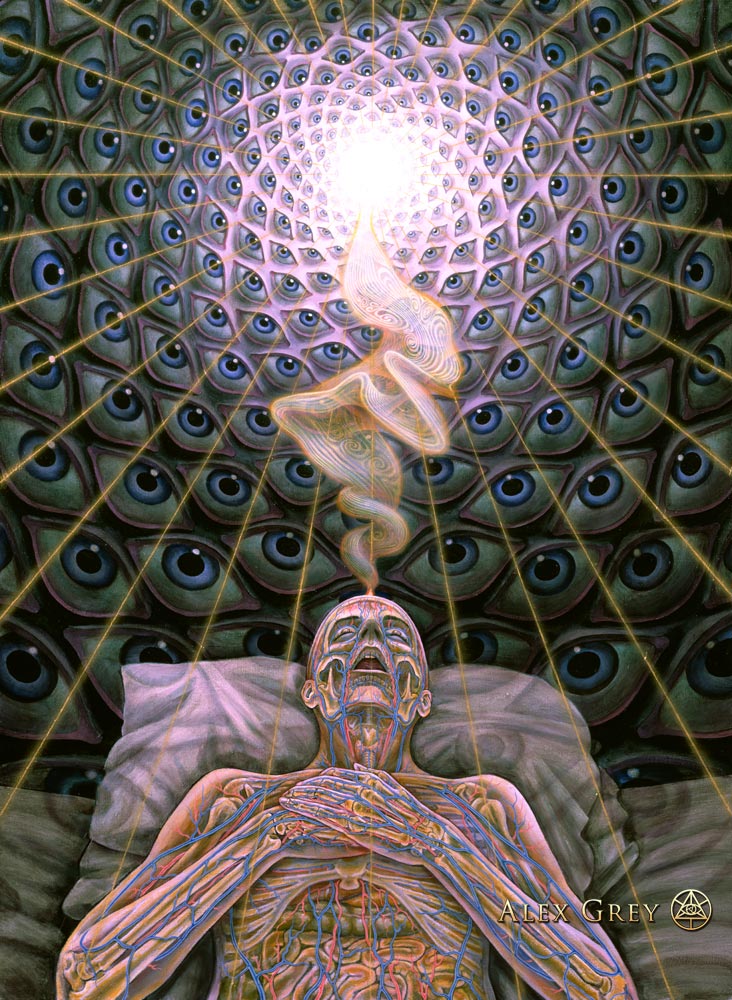 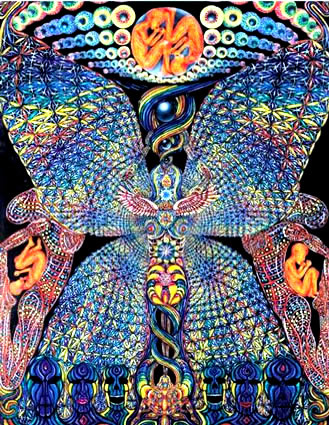 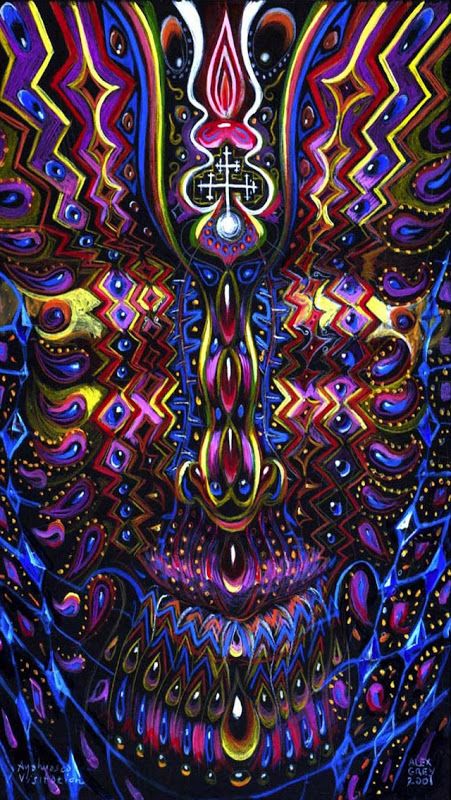 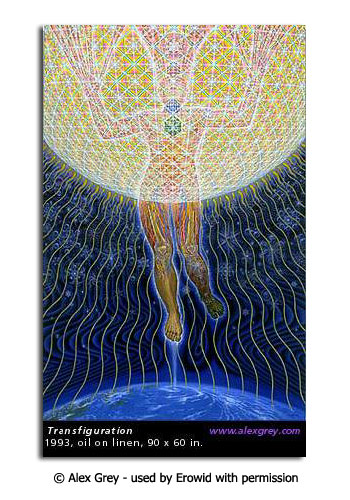 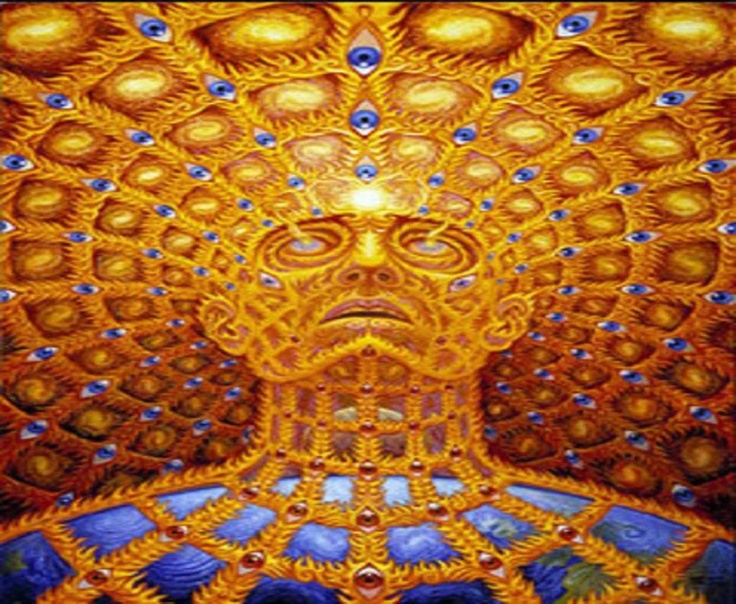 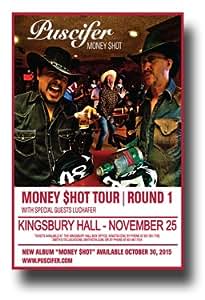 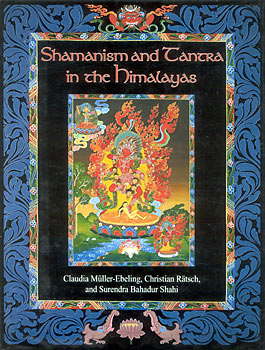 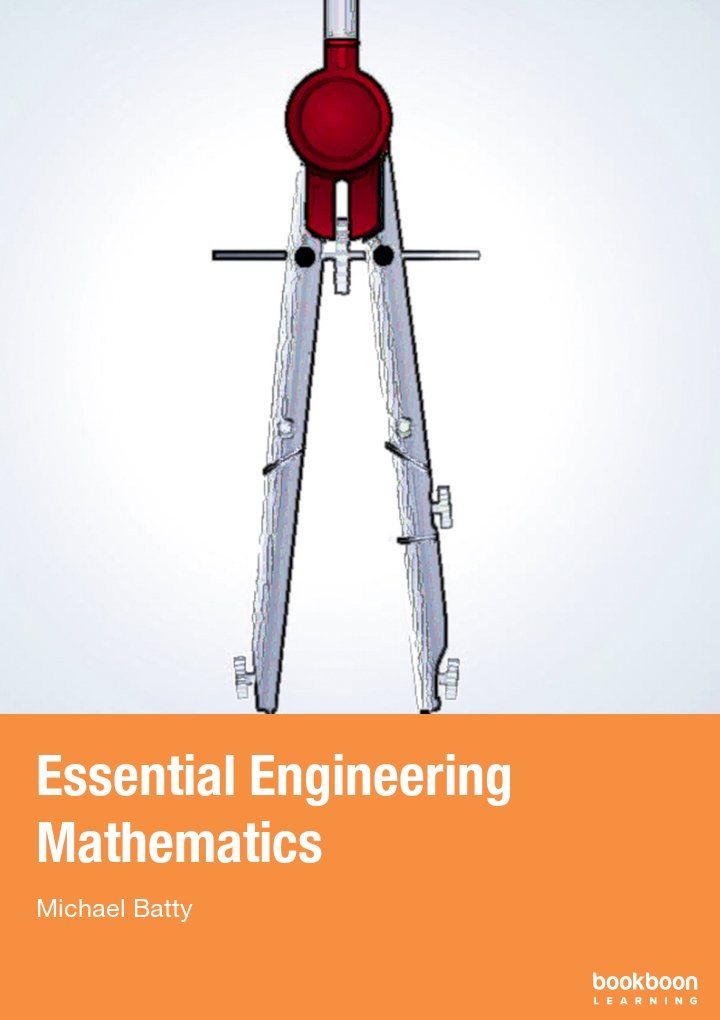 Holland Cotter, art critic for the New York Times wrote in 2002, "Alex Grey's art, with its New Age symbolism and medical-illustration finesse, might be described as psychedelic realism, a kind of clinical approach to cosmic consciousness. In it, the human figure is rendered transparently with X-ray or CAT-scan eyes, the way Aldous Huxley saw a leaf when he was on mescaline. Every bone, organ and vein is detailed in refulgent color; objects and space are knitted together in dense, decorative linear webs. " Grey's paintings have been featured in venues as diverse as the album art of Tool, The String Cheese Incident, Meshuggah, the Beastie Boys and Nirvana, Newsweek magazine, the Discovery Channel, Rave flyers and sheets of blotter acid. His work has been exhibited worldwide, including Feature Inc. , Tibet House US, Stux Gallery, P. S. 1, The Outsider Art Fair and the New Museum in NYC, the Grand Palais in Paris, the Sao Paulo Biennial in Brazil. [citation needed]