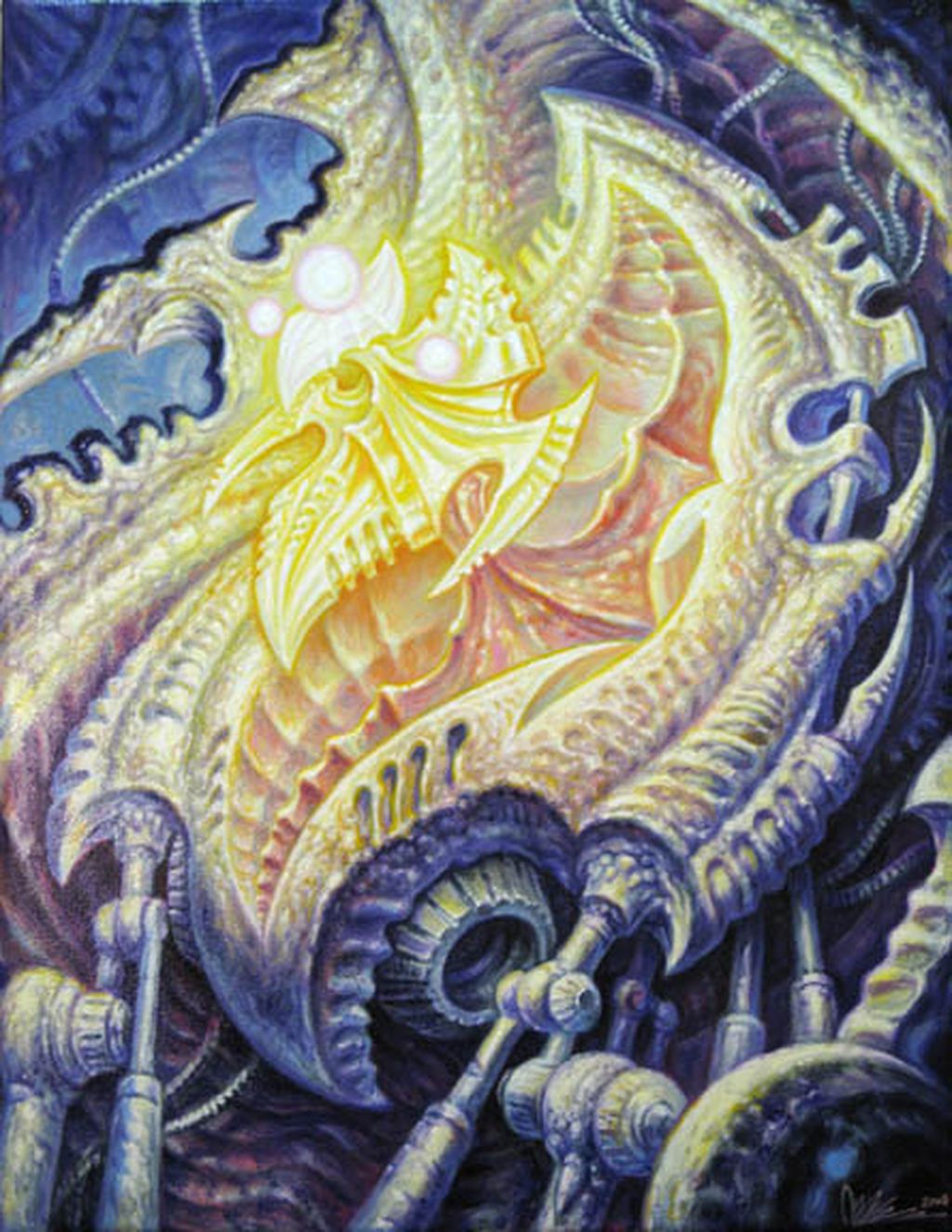 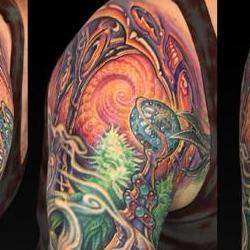 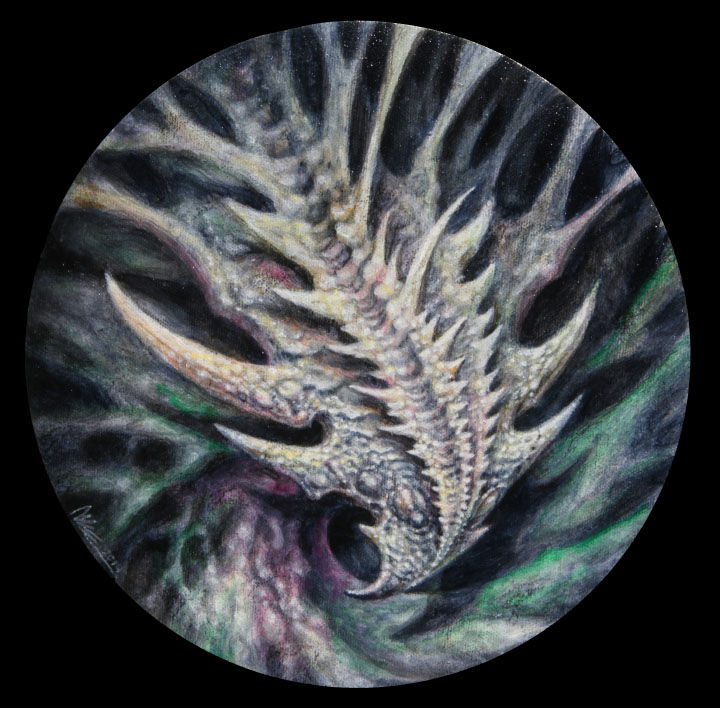 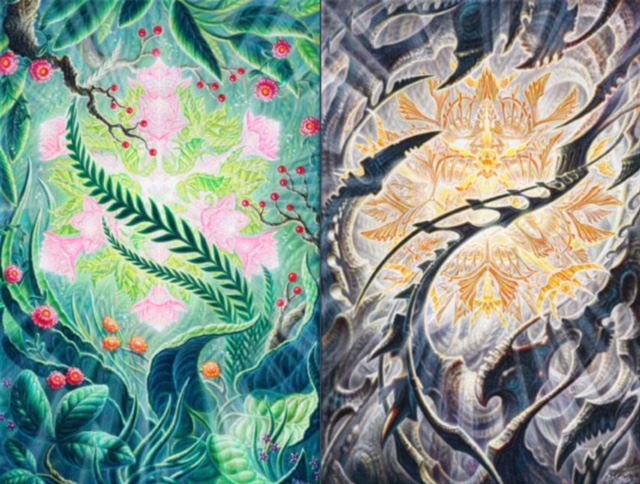 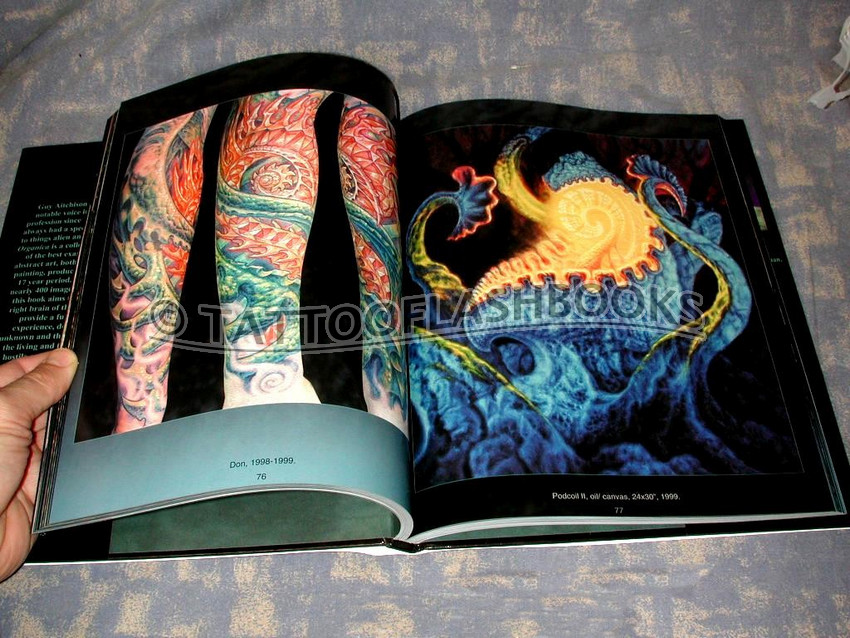 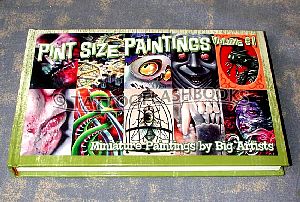 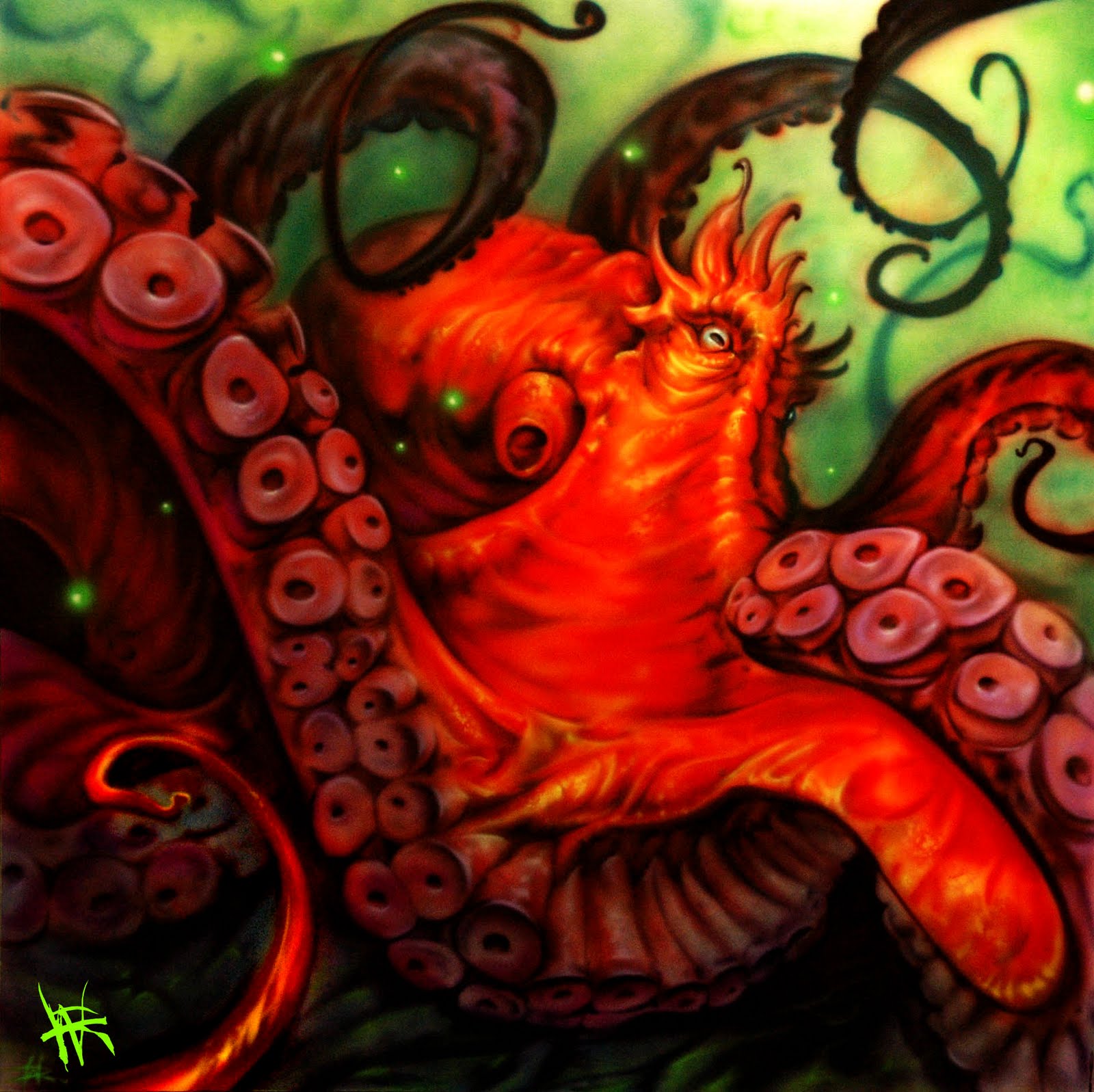 Guy Aitchison was already in an apprenticeship at the Jacklich Corporation in the art department by age 17. After completing his apprenticeship he began painting record covers for Vinnie Moore, David Chastain, Apocrypha, Hex, Skatenigs, and mostly for California-based Shrapnel Records. In 1989 he began a tattooing apprenticeship at Bob Oslon’s Custom Tattooing in Chicago for two years. He opened his own tattoo studio, Guilty & Innocent Productions, which remained a top standing shop until 1998 when it shut down so that he could move to the country to focus more on painting. Having tattoo work in magazines like Outlaw Biker, Tattoo Review, Skin Art, and also fine art books. Guy believes that tattooing is a very critical type of commercial art. Success or failure of any project has implications for the client, and forces an extra degree of dedication and flexibility on the part of the artist, and the clients’ participation helps maintain a flow of fresh images and ideas for the artist. On the other hand, he says painting lacks all the traditional constraints of tattooing such as size, budget, pain tolerance, erase-ability, and the clients taste. It allows for experimentation, normally not recommended in tattooing, plus a chance to chase after obscure and specific personal notions with little commercial appeal. Due greatly to his clients he has been trusted to work on their skin almost freely and therefore he leaks his paintings over into his tattoos. His work generally focuses on natural geometry and organic structure, and all types of psychedelic & transcendental art. He believes this art form should be rendered as art pieces but doesn’t know whether or not they actually ever will. [citation needed]