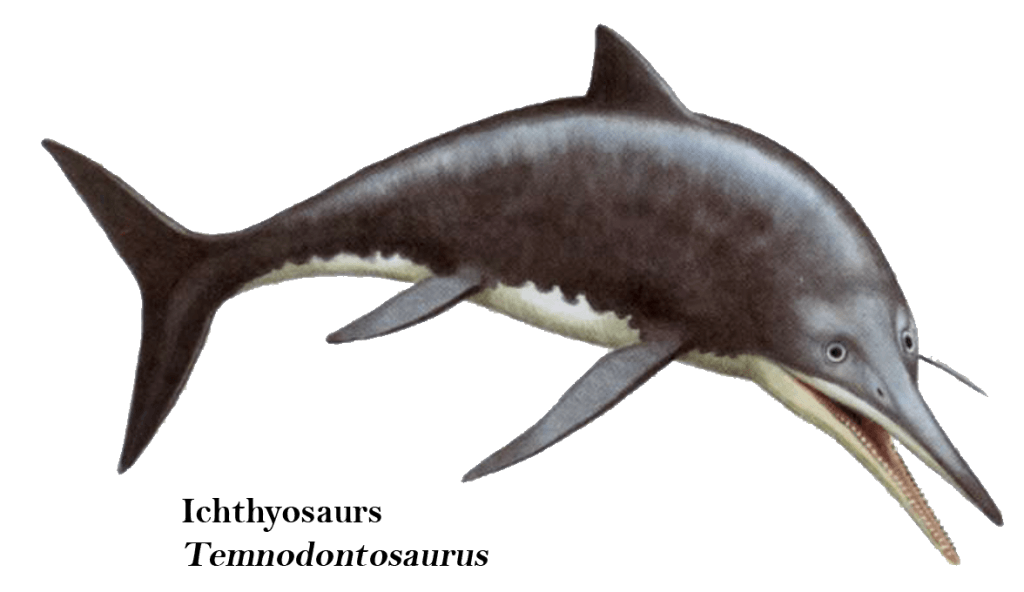 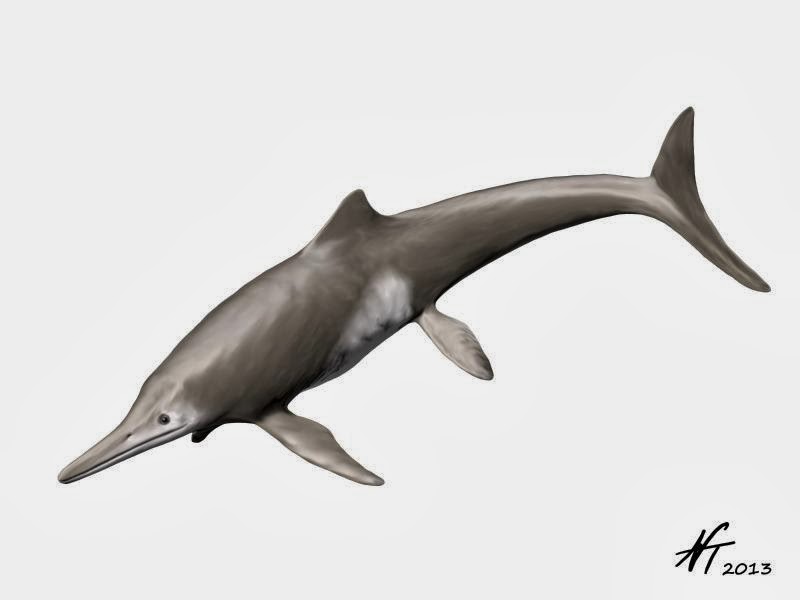 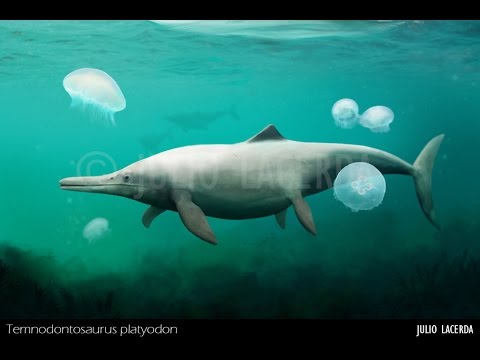 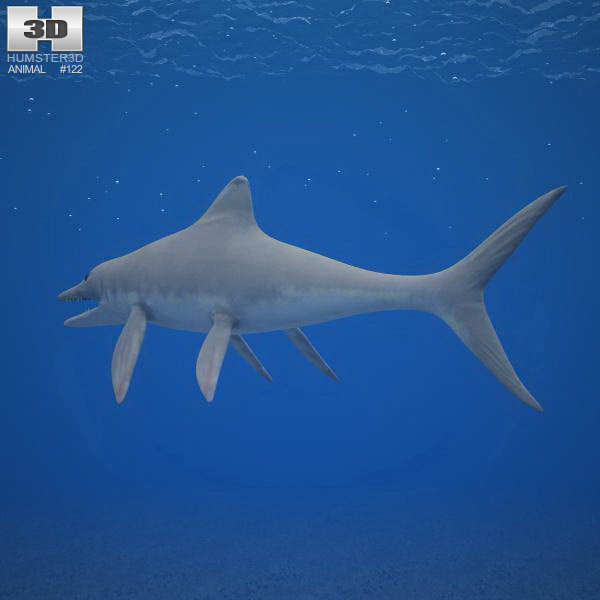 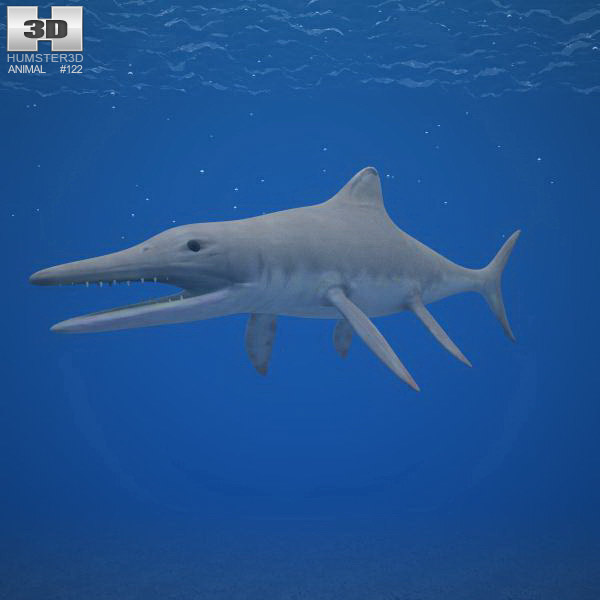 The forefins and hindfins of Temnodontosaurus were of roughly the same length and were rather narrow and elongate. This is unlike other post-Triassic ichthyosaurs such as the thunnosaurians, which had forefins at least twice the length of their hindfins. The pelvic girdle was also not reduced, unlike post-Triassic ichthyosaurs. Like other ichthyosaurs, the fins exhibited strong hyperphalangy. Temnodontosaurus only had 3 primary digits compared to Ichthyosaurus which had 6 to 7 digits. It also had one postaxial accessory digit. The proximal elements of the fin formed a mosaic pattern while the more distal elements were relatively round. There were two notches on the fin’s anterior margin. The paired fins were used to steer and stabilize the animal while swimming instead of paddling or propulsion devices. The pelvic girdle was tripartite. It had a triangular shaped dorsal fin.