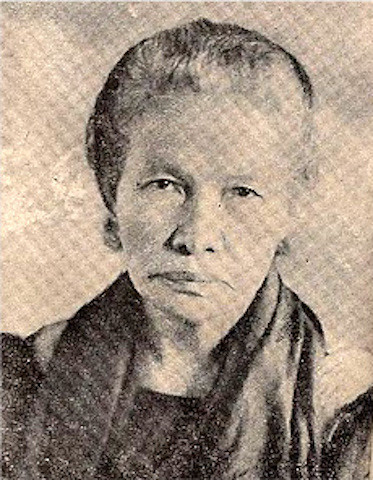 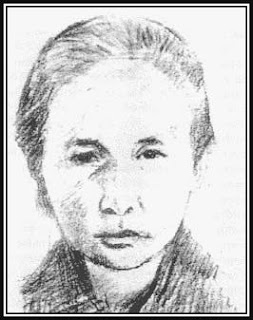 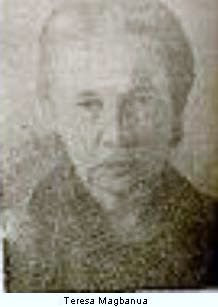 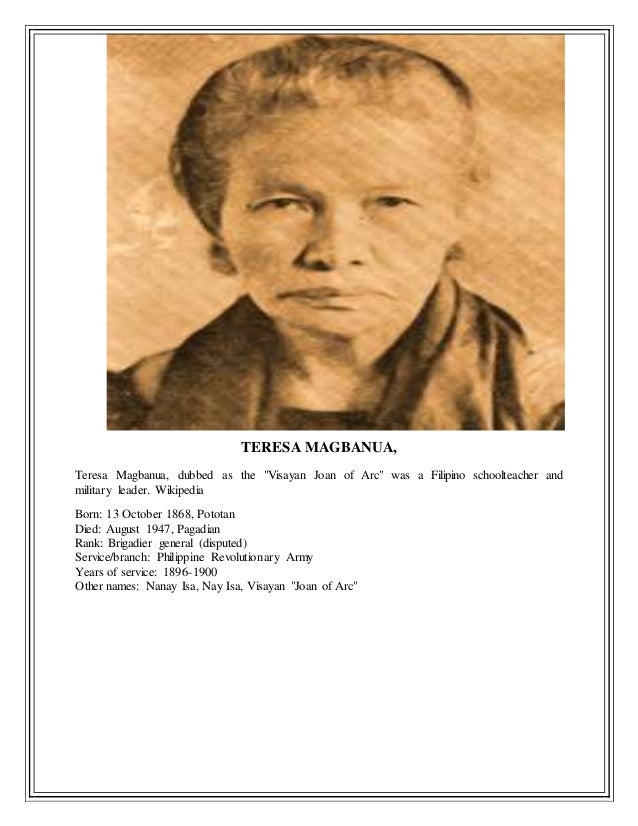 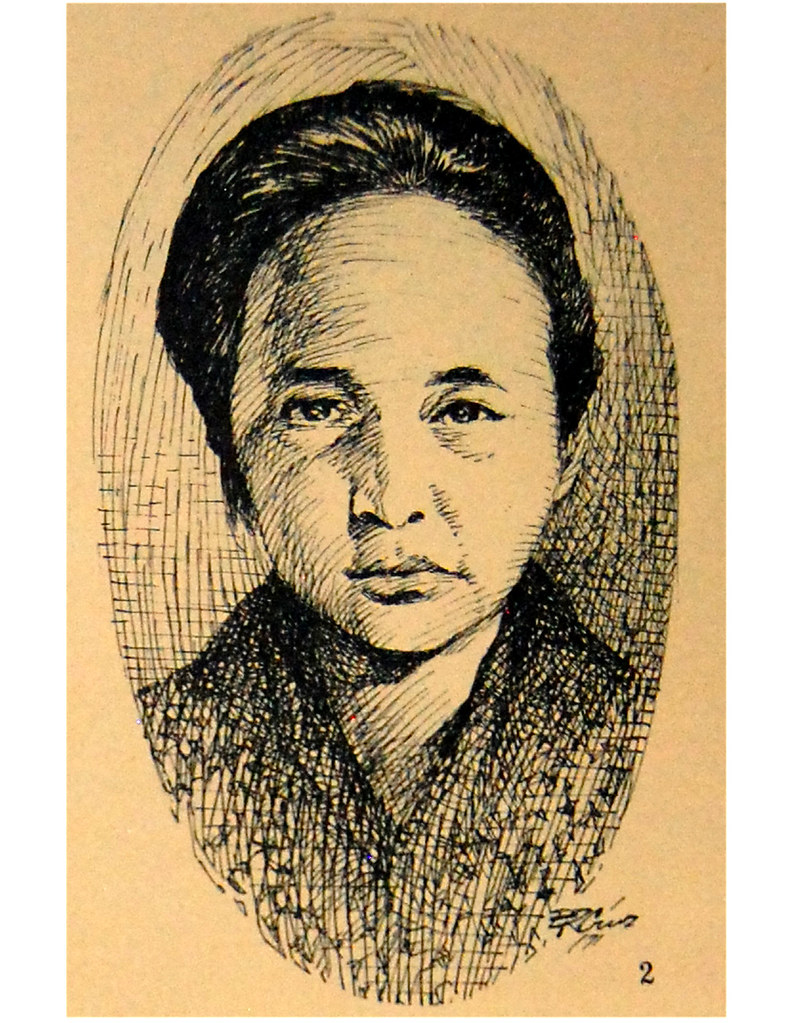 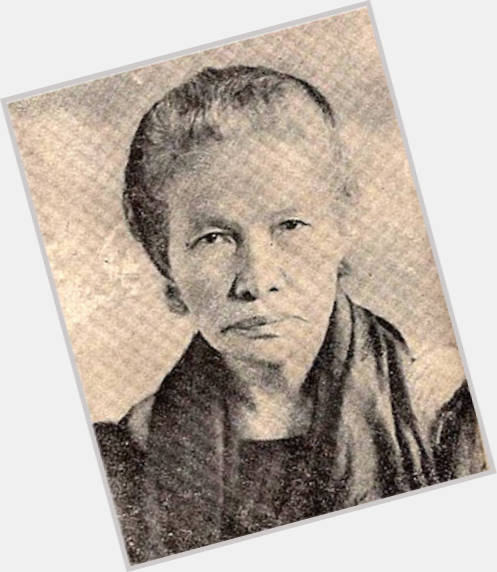 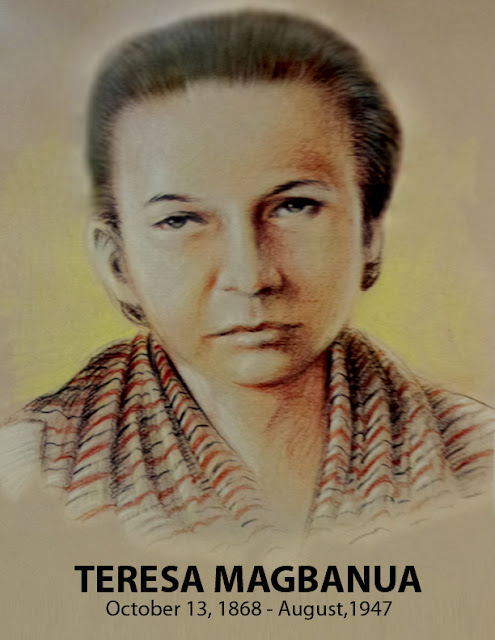 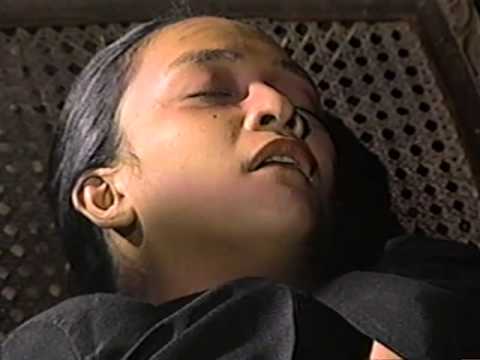 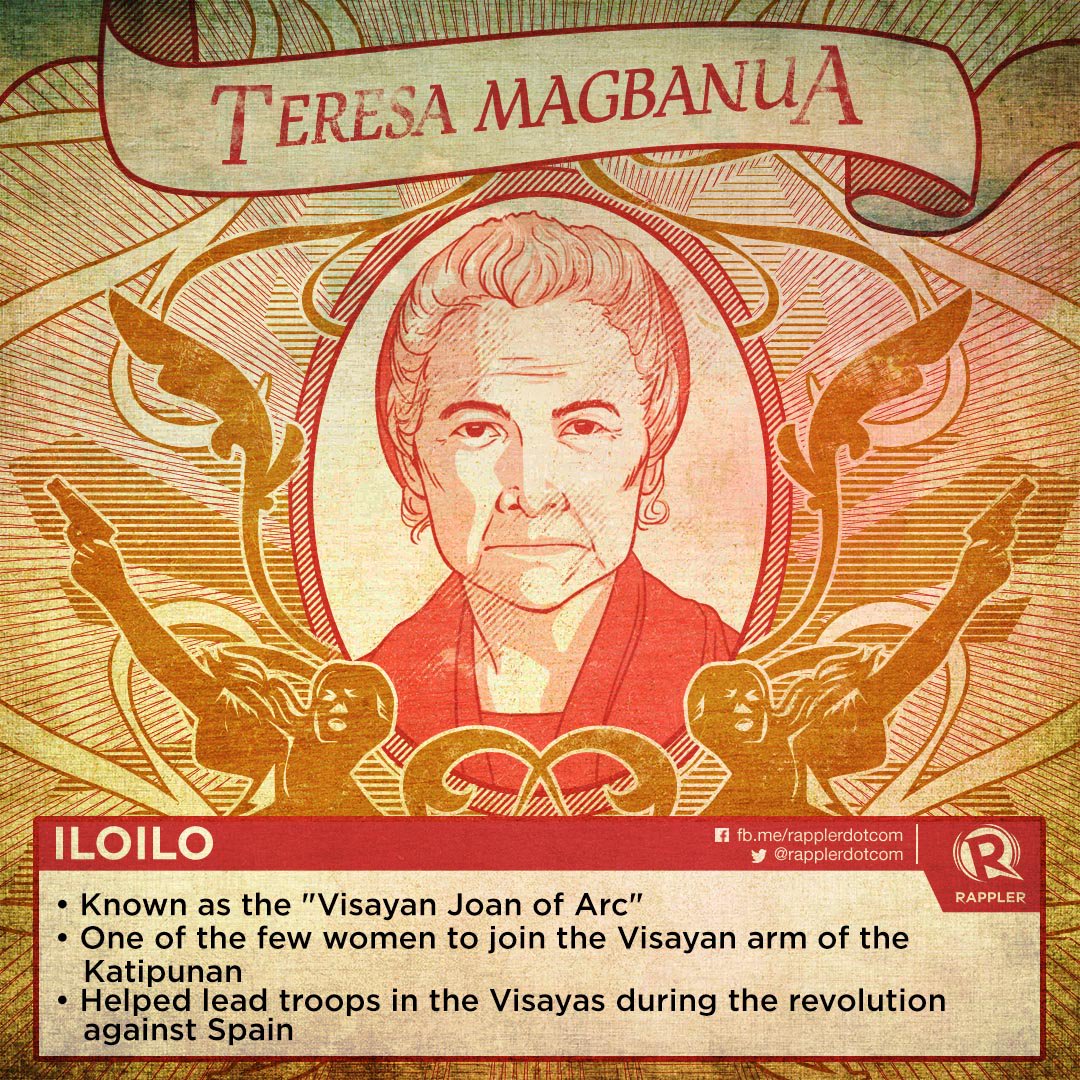 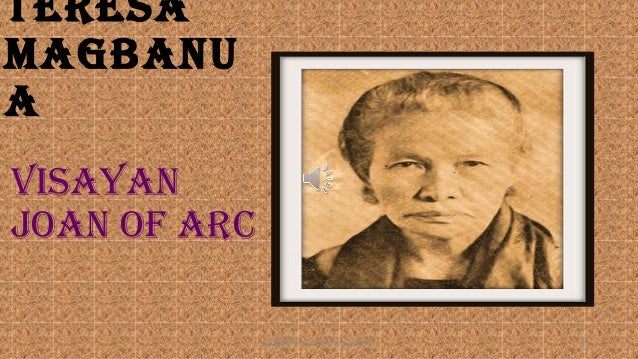 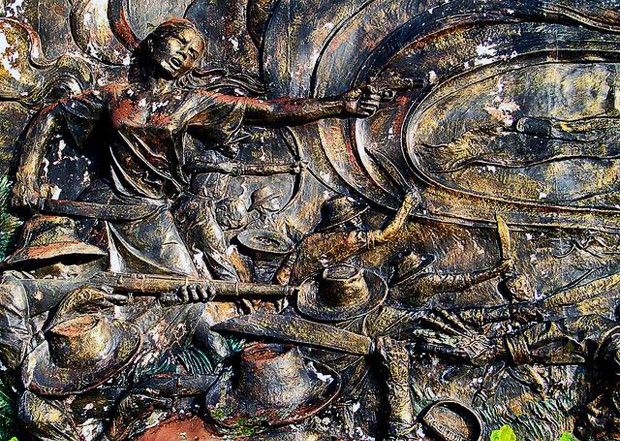 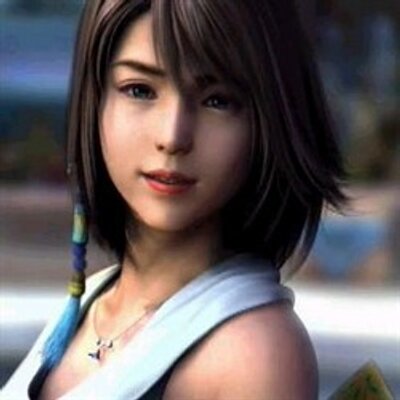 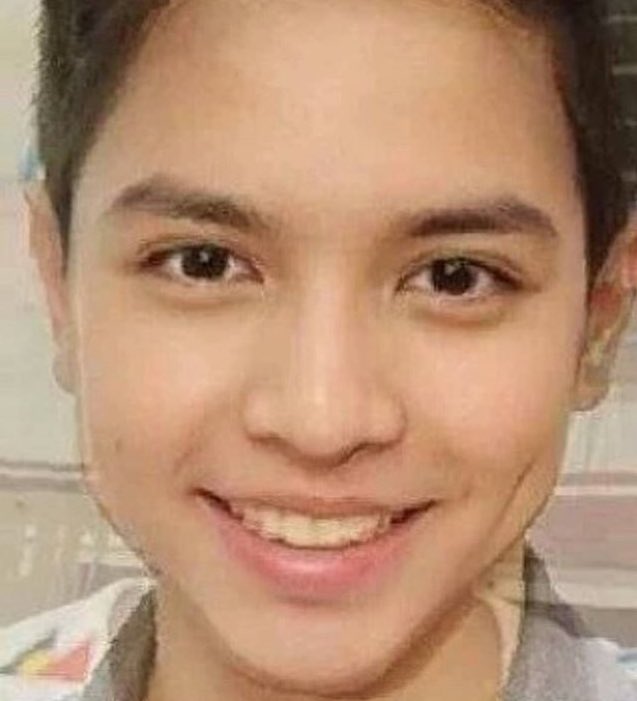 Teresa Ferraris Magbanua (born Teresa Magbanua y Ferraris October 13, 1868 – August 1947), better known as Teresa Magbanua, dubbed as the "Visayan Joan of Arc" was a Filipino schoolteacher and military leader. Born in Pototan, Iloilo, Philippines, she retired from education and became a housewife shortly after her marriage to Alejandro Balderas, a wealthy landowner from Sara, Iloilo. When the 1896 Philippine Revolution against the Spanish Empire broke out, she became one of only a few women to join the Panay-based Visayan arm of the Katipunan, the initially secret revolutionary society head by Andrés Bonifacio.