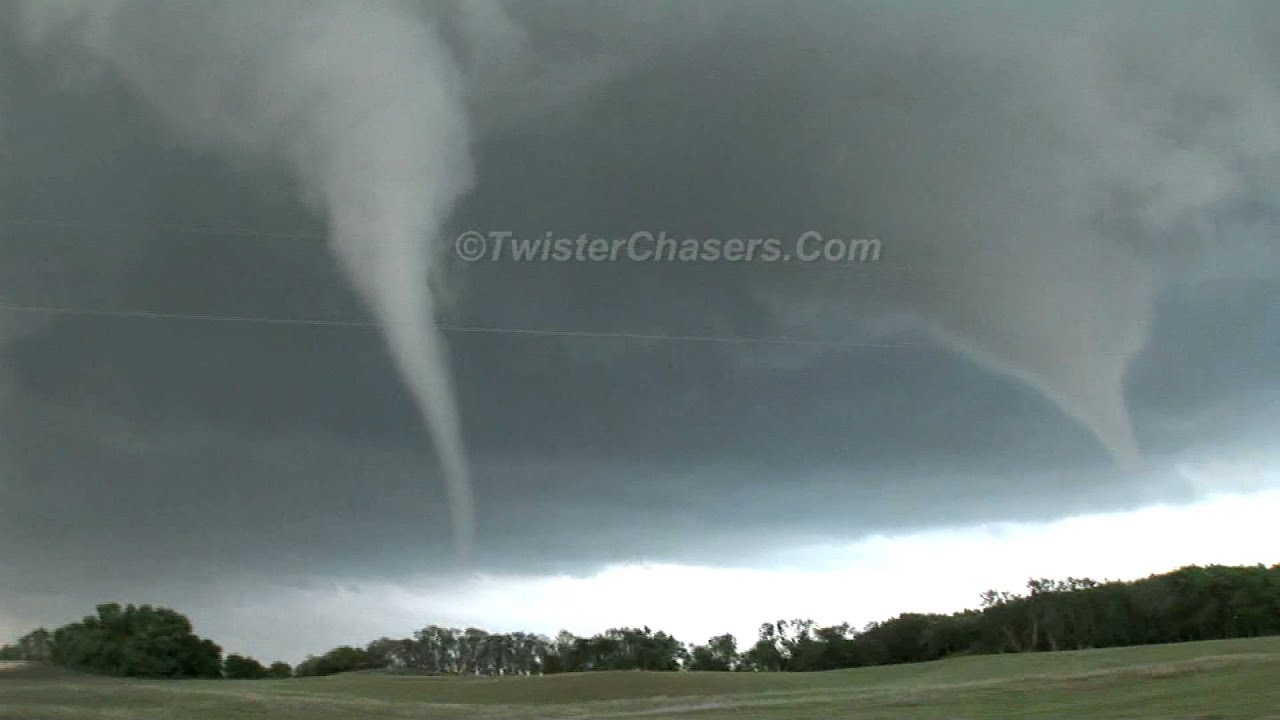 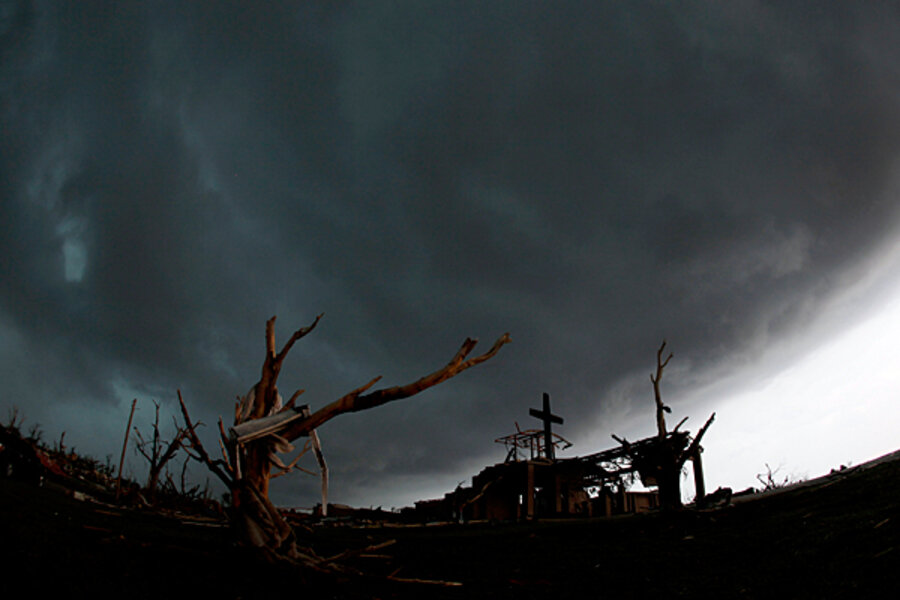 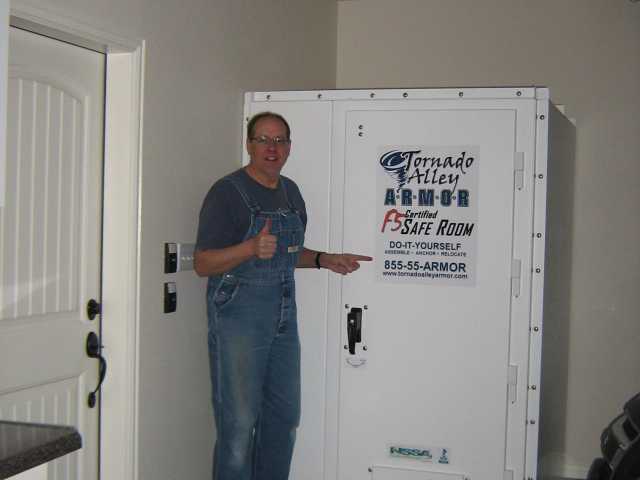 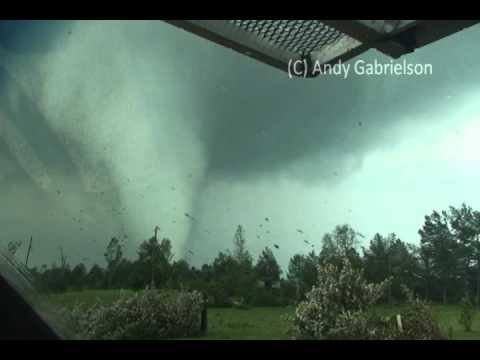 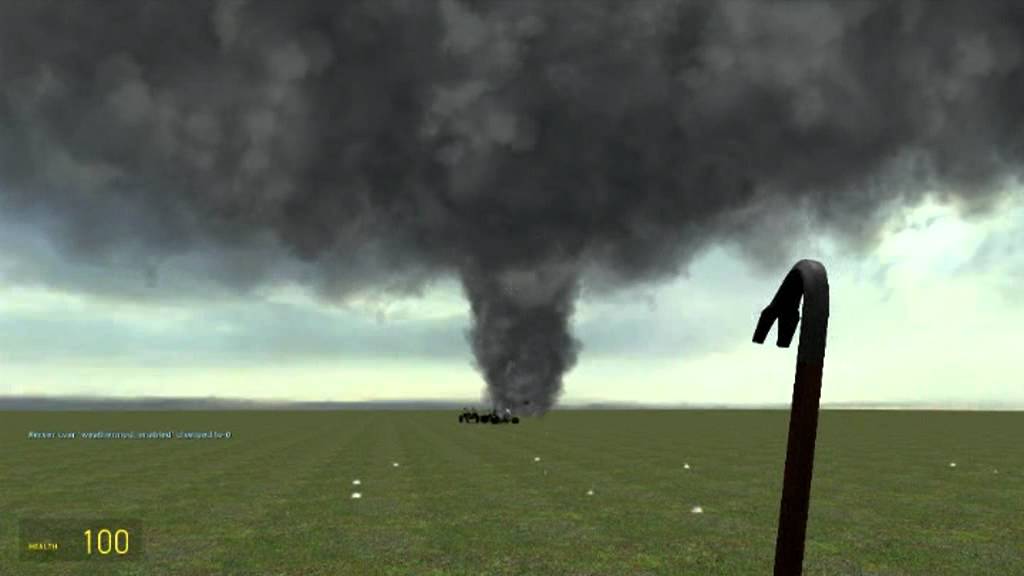 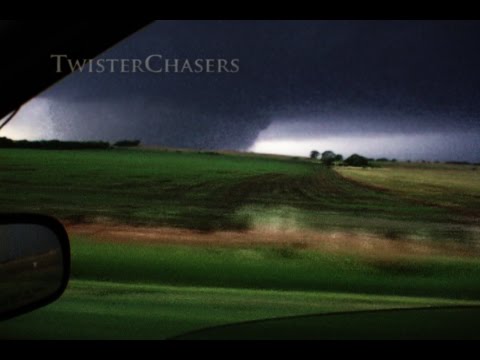 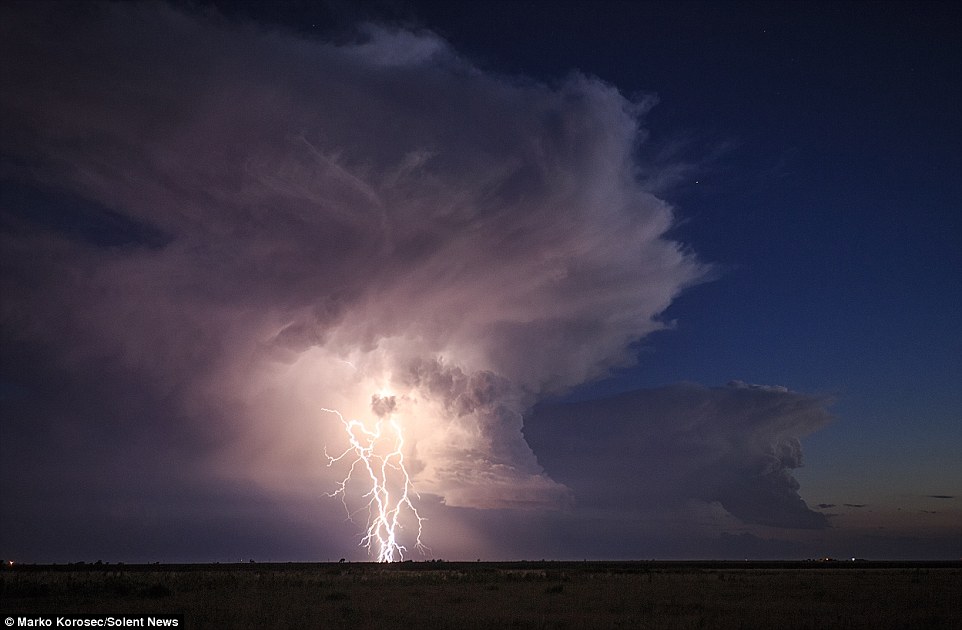 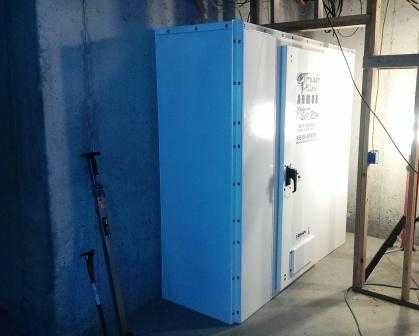 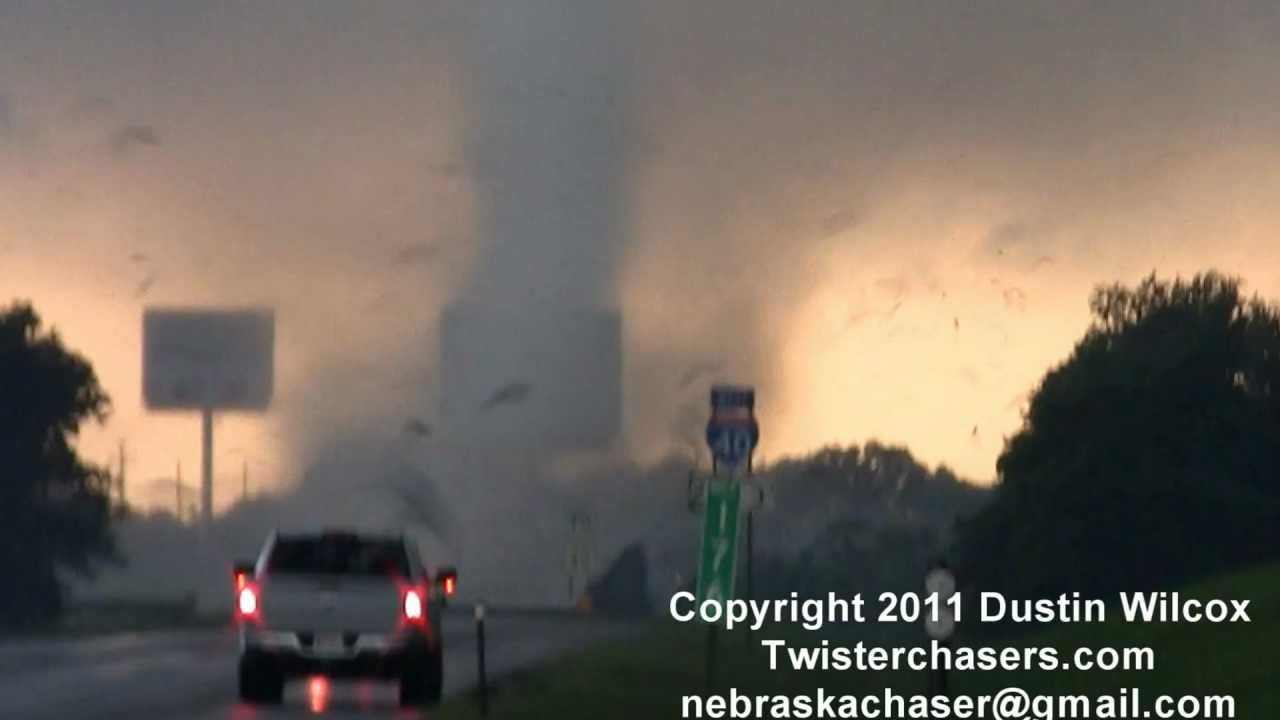 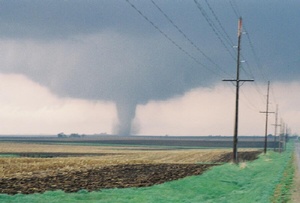 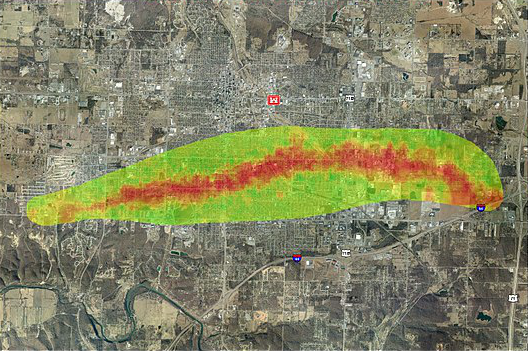 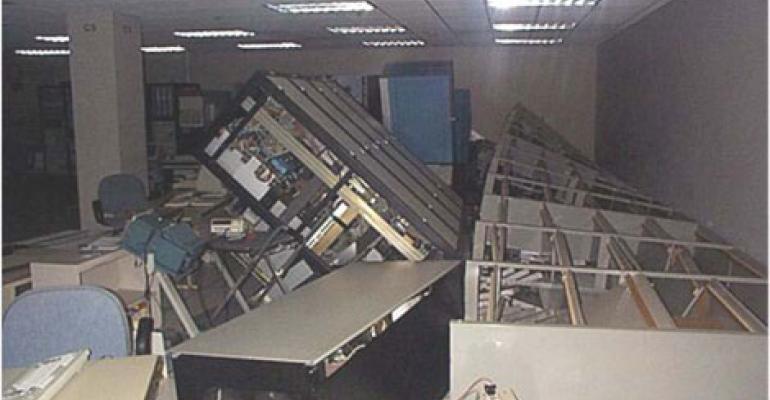 No state is entirely free of tornadoes; however, they occur more frequently in the Central United States, between the Rocky Mountains and Appalachian Mountains. Texas reports the most tornadoes of any state, but that is a function of its large size, and its location on the southern end of Tornado Alley. Kansas and Oklahoma ranked first and second respectively in the number of tornadoes per area, per data collected through 2007, however in 2013 statistics from the National Climatic Data Center show Florida ranked first. Although Florida reports a high number and density of tornado occurrences, tornadoes there rarely reach the strength of those that sometimes occur in the Southern Plains. Regionally, the frequency of tornadoes in the United States is closely tied with the progression of the warm season when warm and cold air masses often clash.